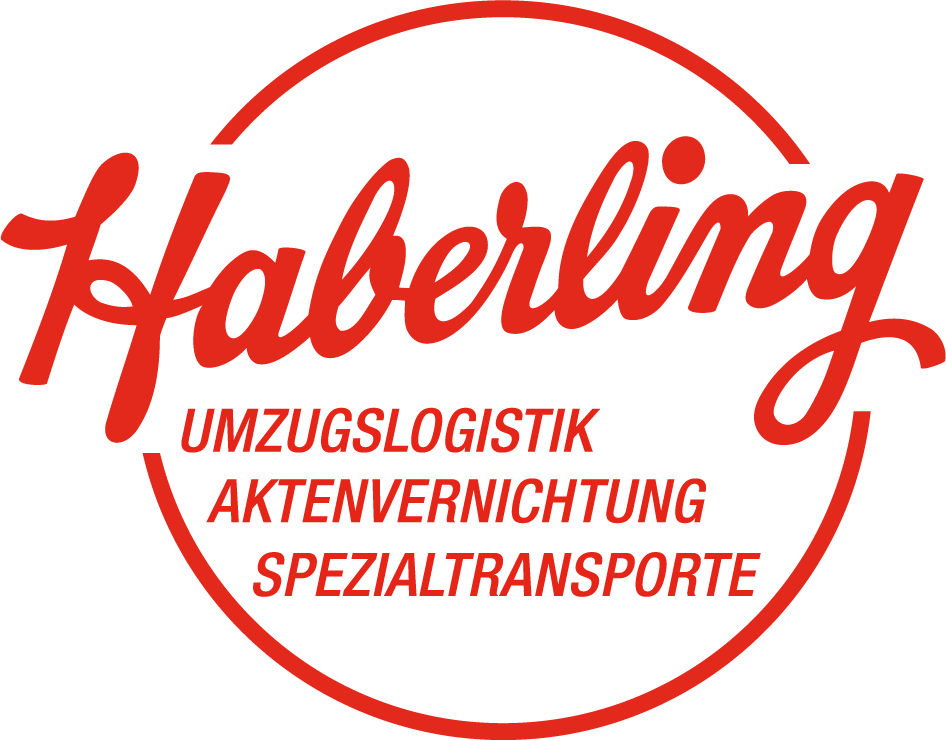 In 1907 Robert Haberling founded a forwarding company with a horse and cart. The family business quickly established itself, expanded and survived two world wars despite the destruction of the company by aerial bombs.

In 1976 the forwarding merchant Dieter Kreß took over the company, where he had started as an apprentice in 1957. His nephew Martin Kreß joined Haberling in 1988. Together they managed the company until 2009, after which the management continued with Martin Kreß as the next generation.

Since 1992 Haberling has been located in the newly built logistics centre in Berlin-Charlottenburg. This location has been continuously developed and expanded.

Today Haberling is an international logistics service provider with around 80 employees, a modern fleet of vehicles and customers all over the world. 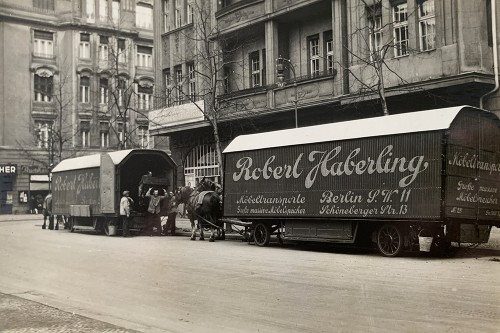 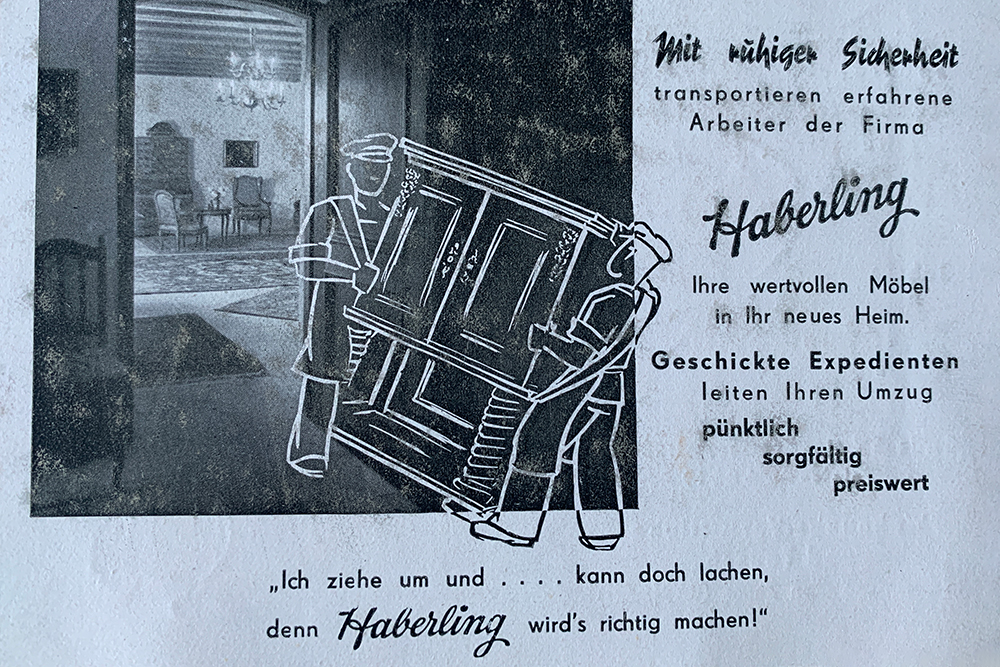 Translation: "I'm moving, but I can still laugh, because Haberling will do it right!" 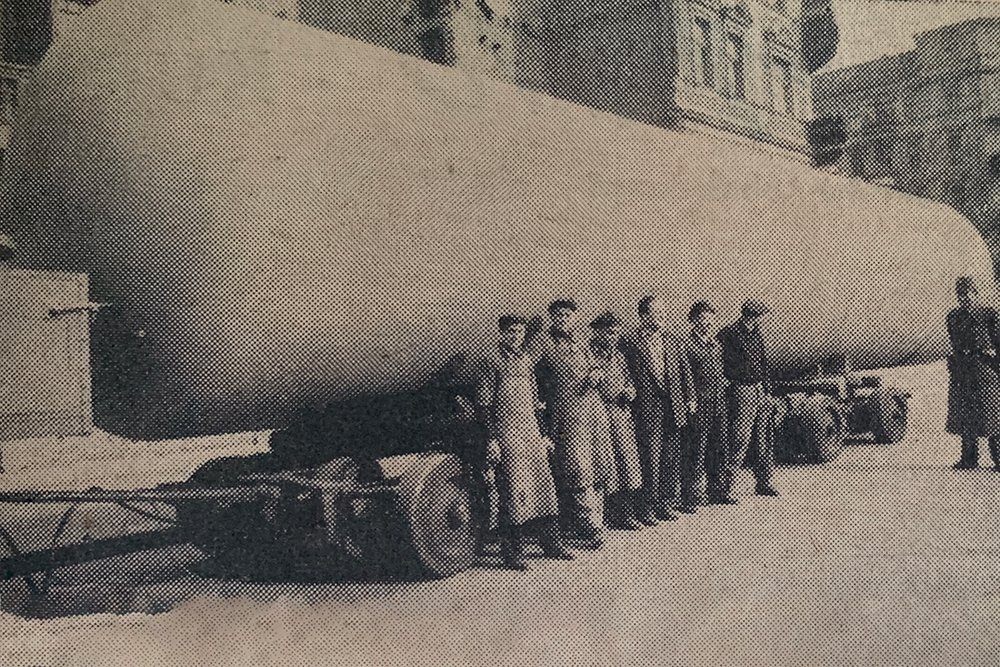 "A seamless propellant gas container of 14 m length, 3 m diameter and 30 tons weight, which the Fritz Domschke company in Berlin W15 delivers to West Germany, was brought yesterday from the BVG premises in Usedomer Straße, district Wedding, to the station Bernauer Straße with special wagons of the Robert Haberling company. It was the first transport of a single item of this size after the war. The picture shows the well-earned rest in Jasmunder Strasse."